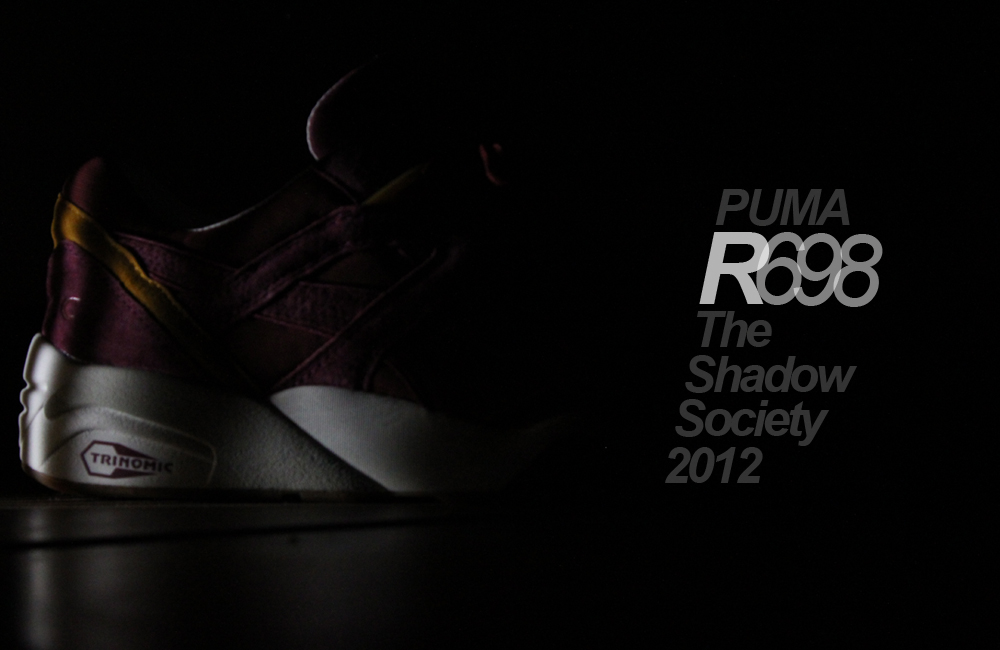 Puma and their mysterious Shadow Society are back for 2012 tackling the tricky 'second album' with another solid collection.


What started as a savvy display of brand marketing exploiting the current fascination with secret societies and esoteric symbolism in popular culture, has infact flourished into a fully-fledged, premium design line creating not just classic footwear, but also now apparel and luggage.


One thing that has remained the same though is the anonymity of those involved with the project. Described simply as a hand-picked collection of creative influencers, the Shadow Society members pick the colourways, choose the materials and literally pull the strings from a shady conference room over at Puma HQ.


As usual we picked our favourite of the bunch, the Plum/Red/Red Rio version of the R698 and shot it against a suitably shadowy backdrop.


Characterised by the robust, Trinomic midsole and the numerous supporting overlays, the classic 90's runner has been treated to a full suede upper with a breathable mesh base, leather lining and gum outsole.


The R698 and the rest of the Shadow Society collection are available from select retailers from 24th November 2012.