Gyakusou by Undercover for Nike AW2012 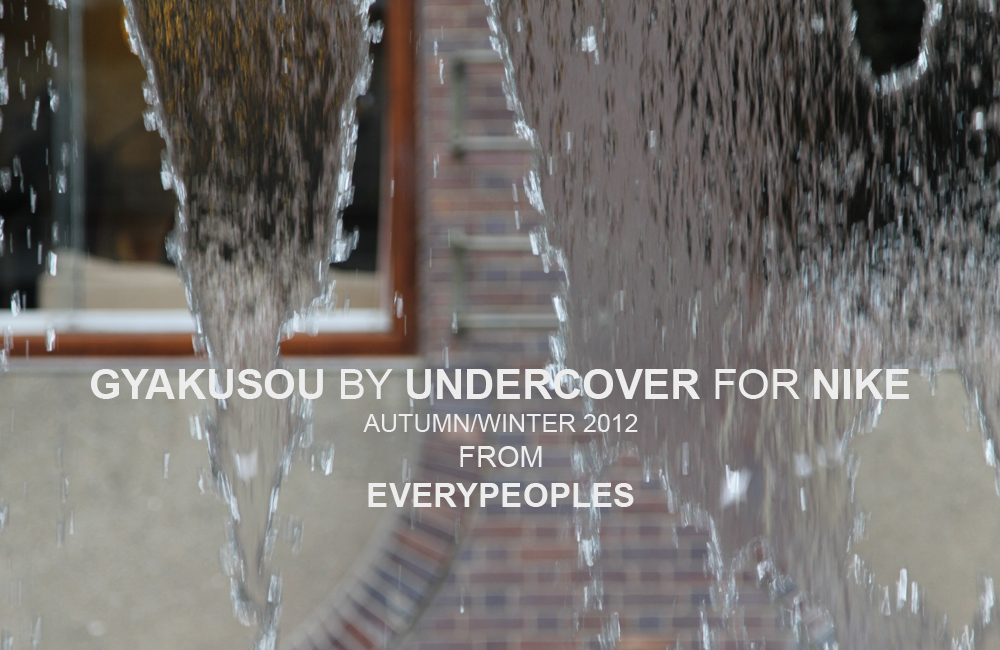 Now in it's fifth installment, the collaborative effort between Jun Takahashi's Undercover and Nike's running department shows no sign of losing speed as they present their latest offerings for the Autumn season.


Translating literally to 'running in reverse', the Gyakusou collection includes lightweight running apparel and footwear for both men and women.


Presented this season in a mix of deep red, saturated blue and slate grey, a colour palette representative of the Nagano region of the Japanese island of Honshu.


For our latest feature we took a few key pieces from the collection and headed to the notorious Barbican estate in London to shoot them against the concrete backdrop of this undiscovered urban environment.


Built in the mid 1960's, the Barbican Estate is one of the most prominent examples of British Brutalist architecture and can be found nestled in the shadow of the City's banking district.


For all those who reside within the grey metropolis of London town, miles away from anything that resembles rurality, and lightyears from the pastoral aesthetic of the Japanese countryside, urban environments such as Barbican offer a perfectly diverse landscape for inner-city runners.